Spanish American Round Table meets: May, August, November and February at the Lebanon Navy Club on 4th Tuesday of the above months at 6:30. Join us for a discussion on a Span-Am Era topic. Contact Jim McAteer   jmm_17068@yahoo

for updates because of coronovirus. 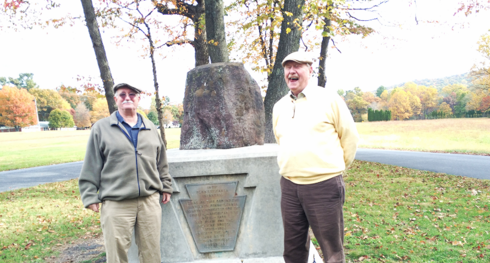 Jim McAteer and Ken Jones pose in front of the  Monument to 4th Pennsylvania, Company H in Mt. Gretna, Pennsylvania

84th SSAWV and DSAWV to be held in Kentucky in 2020. August 1st. Contact President Mark for details.

We meet at the Palmyra VFW on  the 4th Tuesday in the months of Jan. April, July and Oct. (Note July 2020 will be at Jim McAteer's home owing to covid 19.) 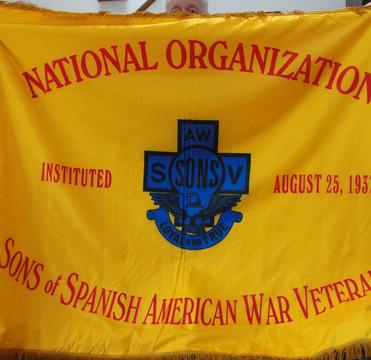